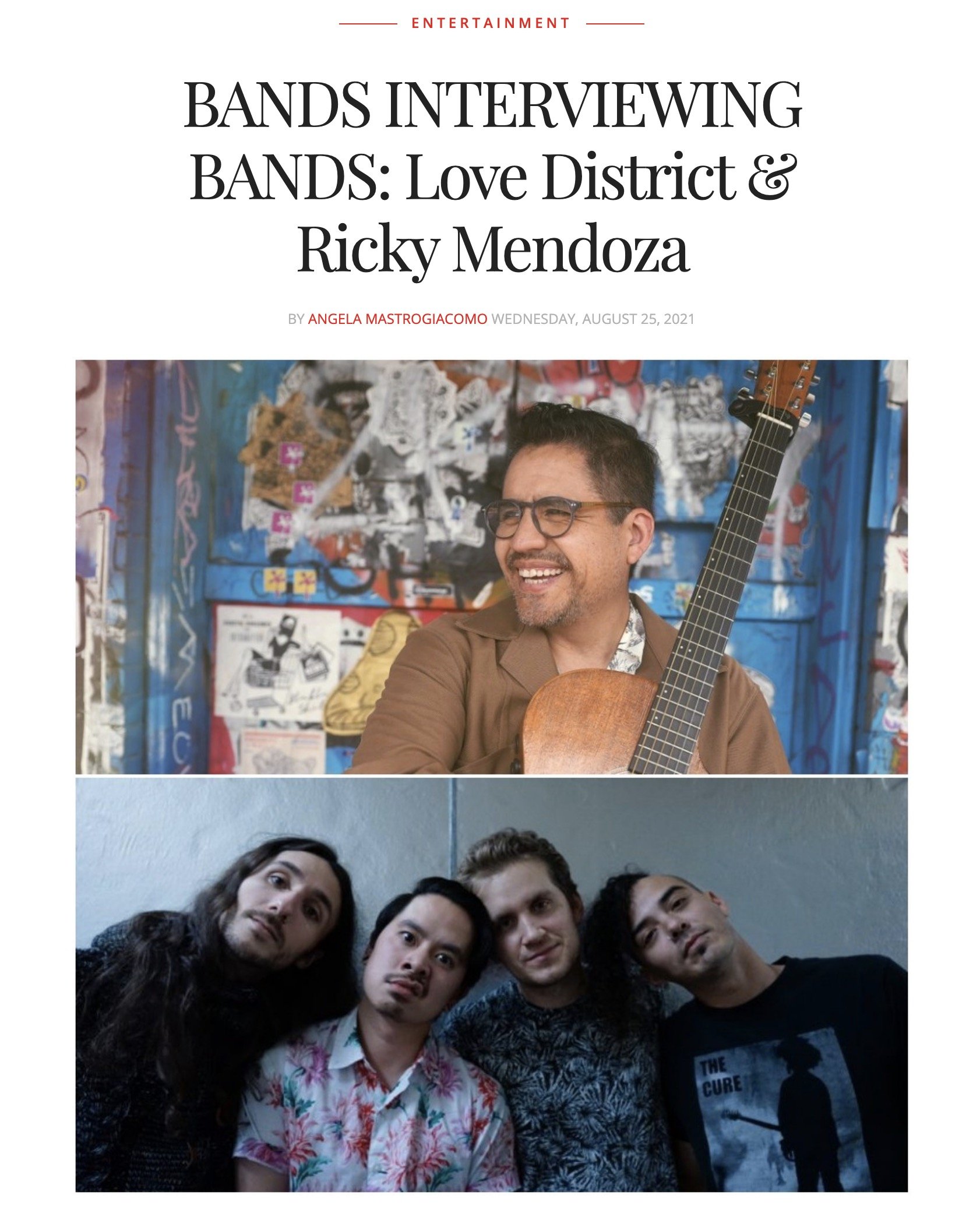 I got to chat with the awesome LOVE DISTRICT from San Jose, California.

Here’s the link to the original article. 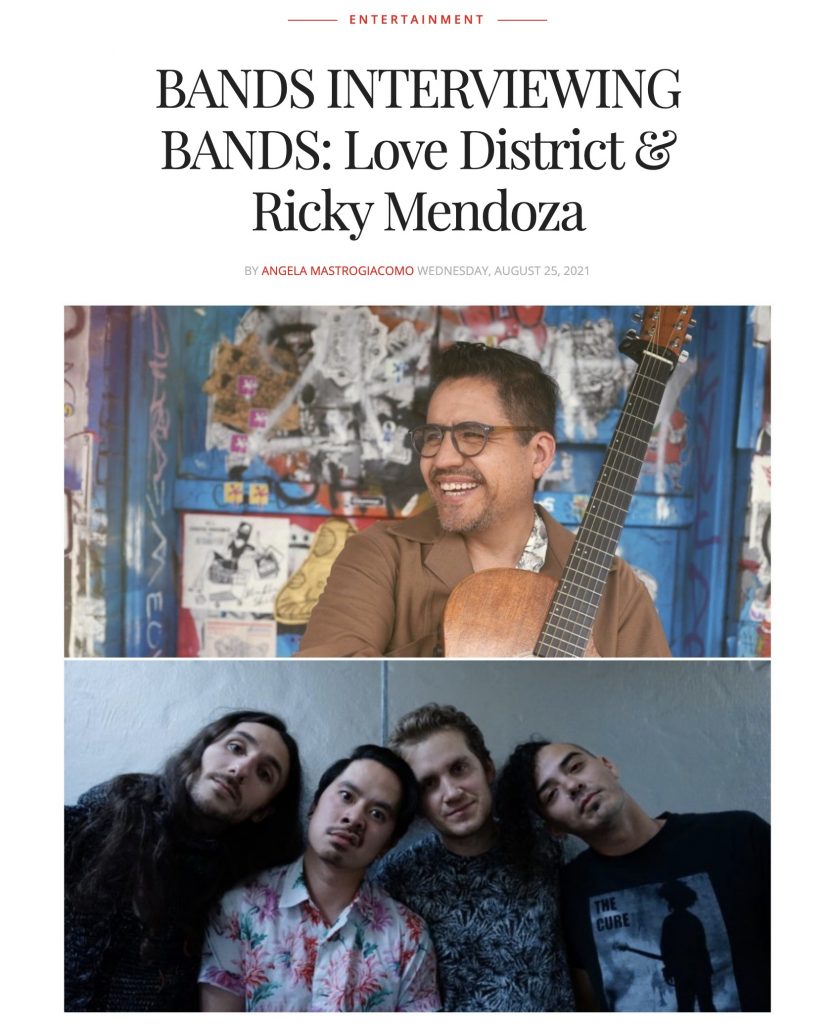 Alex from the rock group Love District and singer-songwriter Ricky Mendoza got together to chat about musical influences, how the pandemic affected their music, and what is coming up next for them.

Ricky: I really love your music! I love the way the bass protrudes and how the synths vibe out a feeling of the music that I used to listen to when I first fell in love with music. And y’all do all this with a sound that feels new, yet retaining a retro spirit.

Love District: Thank you so much for the kind words!  We’ve been working hard through the years and we’re glad that our vision is coming across as intended.  We wanted our sound to have a nostalgic feel, but also refreshing and unique at the same time.

Love District: Tell us about your new single, “I Just Died.”  I really enjoy the rawness of your vocals and the instruments.

Ricky: Thank you so much for the kind words. It is part of the new album called “The New Hurt” and it’s about a new love in my life. Here I was, inspired by love but the twist is that whenever there is a new love, there’s also a new source of pain.  If anything happens to them it’s gonna hurt like hell.

Ricky: I’m really curious about the process of an artist/band and how the music actually gets made, so what comes first, the lyrics or the music? And how do the songs come together?

LD: It really depends on each song.  We’ve written songs inspired by a melody, chord progression, a riff, or a phrase/idea. We usually start with a chord progression or a guitar/bass riff that the rest of the instruments would follow and build along to.

LD: Are there any current artists or bands that have recently influenced your music for this new phase of your career?

Ricky: Neutral Milk Hotel and Against Me! have been my north star for a while now. I love how NMH makes their folk songs sound other-worldly and magical, while Laura Jane Grace and Against Me bring brutally honest lyrics and an in-your-face punk rock; it’s inspiring.

Ricky: Can you walk me through the creation of “Feels Like Home”? Specifically, how it came together.

LD: Chris came up with the progression and the melody and brought it to the band.  We jammed together for a while and worked out the format and different parts of the song before going into the studio to record.  In the studio during the pandemic we were really able to take our time and dive deep into the song and really get the sound we wanted.

LD: As this will be your third album release, how do you continue to evolve your sound and progress from your old releases?  Is there a concept to your album or do you view it as a collection of songs?

Ricky: All three albums are about phases in my life. The first one was about hitting my rock bottom and what it felt to be there. The second one is all about getting my shit together and trying to really discover myself and that is aptly named “No One Has Their Shit Together – especially Ricky Mendoza”. And shortly after the album came out, I fell in love and I felt like I was in complete control of my life. I spent five years living and making what is now, “The New Hurt”.

Ricky:Is there a principal songwriter? Do several handle songwriting duties? And do y’all modify the lyrics to fit the music after the lyrics are written?

LD:  Chris and myself are the main songwriters in the band.  Either he or I will bring an idea or demo to the table and then we would work out the ideas together.  We would get the rough draft of the song and then bring it to the band.  In the studio, the songs naturally evolve.  The rule that I follow is the “best idea wins” and “is it making the song better?”

LD: How has this past year during the pandemic and quarantine affected your ideas on music and being a musician?

Ricky: In terms of being a musician it was great to have time to actually sit and record at my home studio. I’ve recorded all my albums by myself but this one was particularly challenging because I wanted to go deeper as a musician and add different instruments that I had never played (accordions, theremins, trumpets, etc).

Ricky: As with any relationship, it gets tough to decide on certain artistic elements, career choices, lunch, etc. How do y’all make it happen as a band of four?

LD: That is something that we all are continually trying to get better at hahaha.   We have been a band for a while now, and have developed a musical trust with each other that can only develop from experiences and failures.  We are at a point where we can have honest and open communication as a team.

LD: With live shows being taken away, how were you able to adapt and still move forward as a musician?

Ricky:Live shows are a small part of my musicianship, so not having them wasn’t that huge of a blow. However, I really needed to take the time to record the new album.

Ricky: What habits do y’all attribute to your progress/success as artists?

LD: Keeping an open mind when it comes to creating a product as a band.  We all are seasoned vets when it comes to playing music and have opinions or ideas that may differ from one another.  It is important to listen and try new things or ideas and evolve.

LD: Talk to us about your band.  Have you been playing with the same musicians for a while or do you like to switch things up?

Ricky: For the recording of my album, I did not have a band. Since this was a very personal project, I decided to record all the instruments myself. However, for live shows, we do have a band together and we’re all based in Austin.

Ricky: I see that y’all teach young children about music and its importance and I’m very curious to hear about your perspective on why music is important to our world?

LD: Music has played such an important role in all our lives and we have learned so many life lessons throughout our musical careers.  We feel it is important to pay it forward when it comes to the next generation of musicians.  We want to show our students that we are playing in bands and making music for the right reasons.  There is no better feeling when we see our students start their own bands and create their own music.

LD: Are there any activities or hobbies not music-related that inspires you?  Any other sources of creativity that could influence your music?

Ricky: Absolutely! I’m a total nerd when it comes to the science of storytelling, of how we all are connected by stories and the best possible ways to tell stories. Most of my songs are story driven, I want people to see themselves in the songs and relate at a deep level to them. After all, it’s about our human journey and how we fit in this weird, beautiful thing we call life. 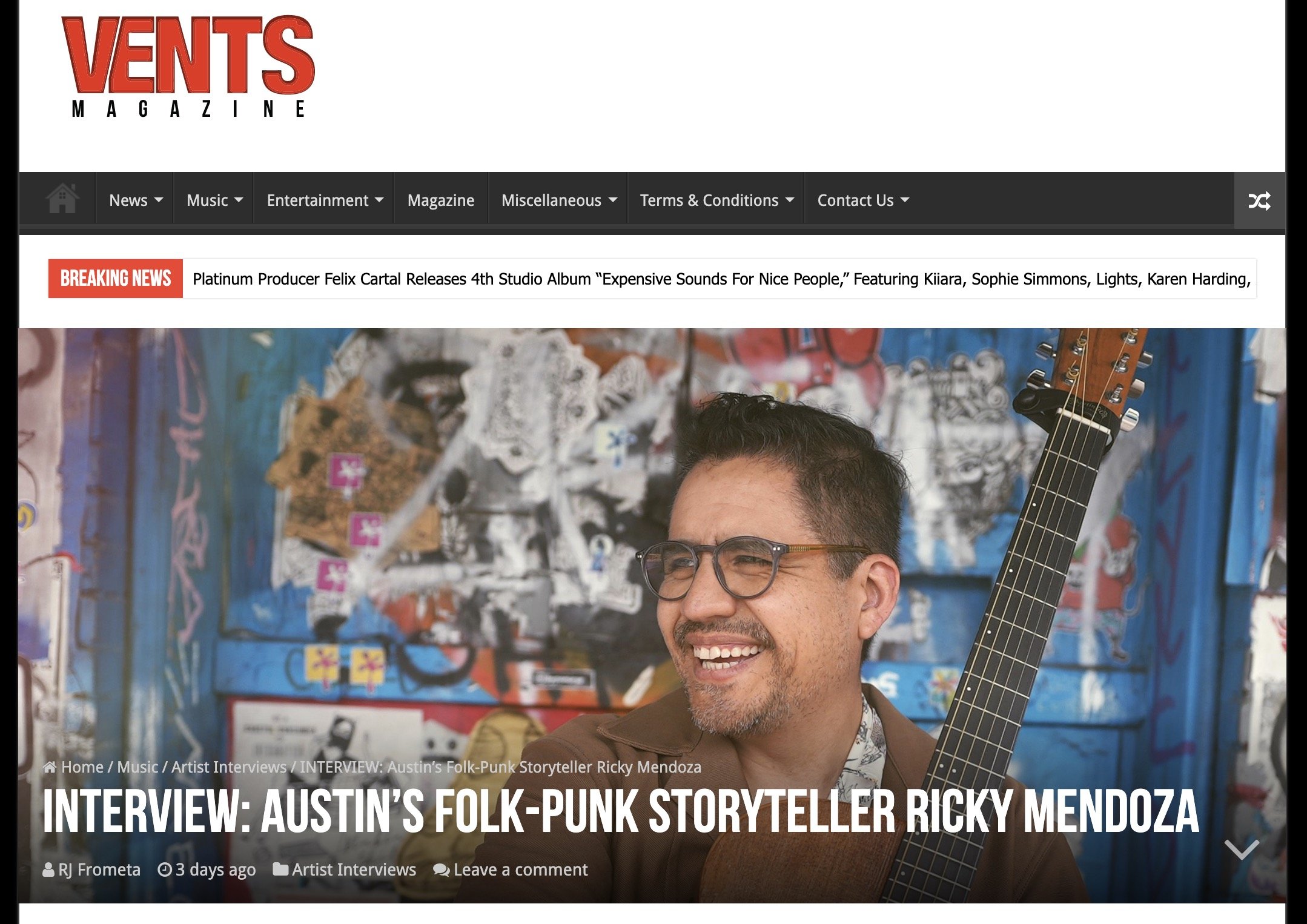 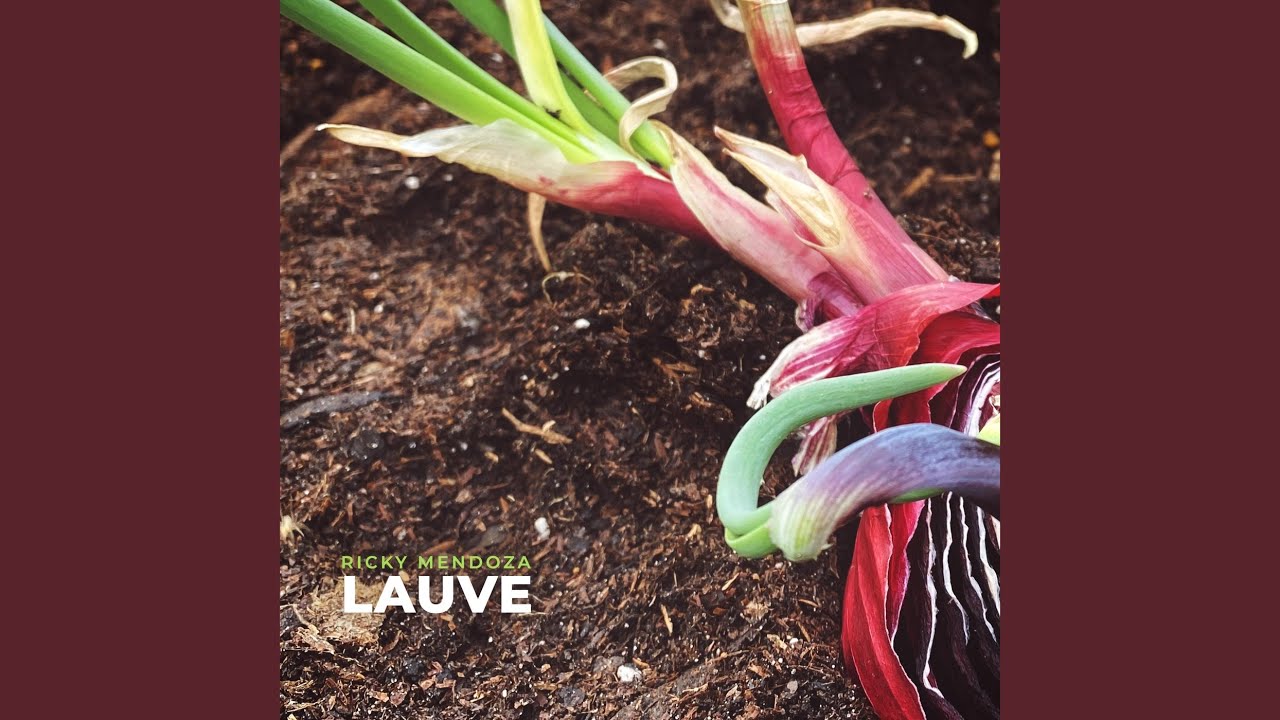